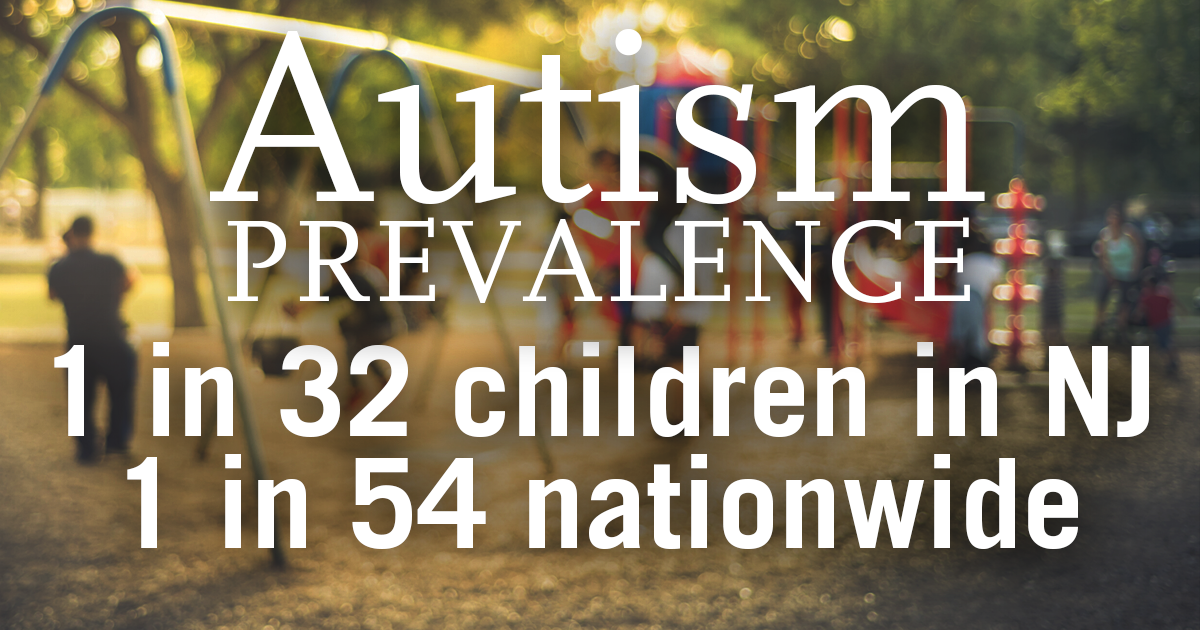 New Jersey again has highest rate; national rate up to 1 in 54

The Centers for Disease Control (CDC) released a report today showing the rate of children identified with an autism spectrum disorder rose to 1 in 54 nationally. This statistic is based on the CDC’s evaluation of health and educational records of 8-year-old children in 2016 in 11 states, including New Jersey.

New Jersey again has the highest rate of those states evaluated, with 1 in 32 (3.1% of children). This percentage is higher than the average percentage identified with ASD (1.85%) in all communities in the United States where CDC tracked ASD in 2016. The New Jersey rate continues to trend higher.

The New Jersey Autism Study (NJAS), led by Dr. Walter Zahorodny, an Associate Professor at Rutgers New Jersey Medical School, helps to increase understanding of the scope of autism spectrum disorder (ASD) in children, describe the characteristics of ASD in those children, and identify differences between groups in the prevalence or detection of ASD.

A key takeaway from the CDC’s report:

Rising numbers of children with ASD need services and support, now and as they grow into adolescence and adulthood. Autism New Jersey is here to help and advocate for the autism community in New Jersey.

For further analysis and links to the CDC report and resources: