News » Meet Our 2019 Ambassador of the Week 4: Rylee Howerton

Meet Our 2019 Ambassador of the Week 4: Rylee Howerton 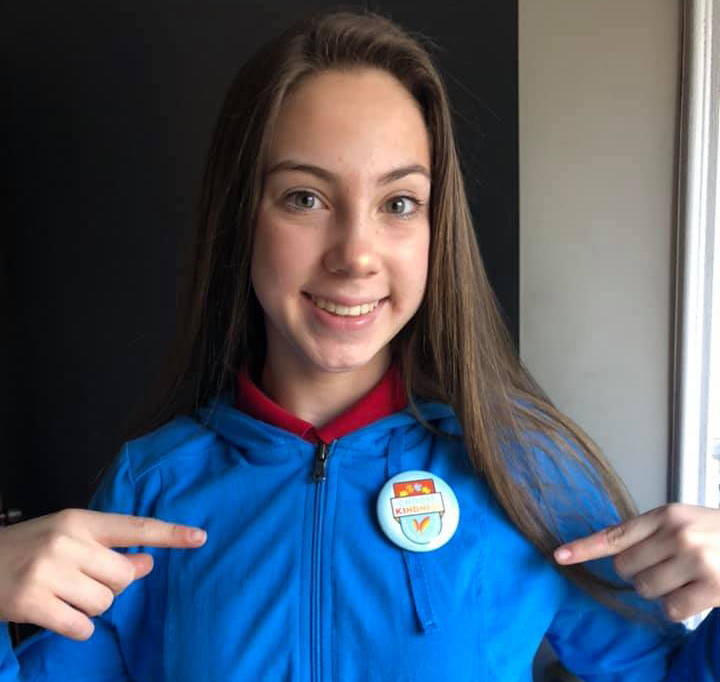 When it comes to deciding how to promote the message of autism acceptance, it can be difficult to decide exactly how to go about it. For the well-rounded Rylee Howerton, a seventh-grader with autism at Sgt. Dominick Pilla Middle School in Vineland, the problem was deciding exactly which of her many interests to use as a platform. She decided to turn a problem into a plus, and took advantage of just about all of them. 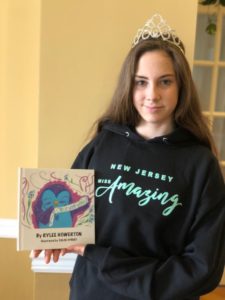 Whether it’s on the wrestling mat, the football field, the pageant stage, or at her desk writing, Rylee is determined to show what she’s capable of when given the chance. Her hard work paid off in several forms of recognition, with one of the most recent being a Prudential Spirit of Community Award state honoree, with which she was awarded in February. Specifically, Rylee was honored for her “Choose Wise Words” initiative and the resulting book, in which she stresses the importance of not using hurtful words when describing individuals who are different.

The initiative began when Rylee, who has been an Autism New Jersey Ambassador since 2015,  heard two girls at a dance recital use the word “retarded.”

“I was so hurt and went home crying,” she said. “That night I decided I would do everything I possibly could to teach others to choose the right words, so no one has to feel like I did at the dance recital.”

Rylee’s spirit can be witnessed in other forms, two of which may not be immediately associated with a pageant-contestant participant — football and wrestling. Rylee initially became interested in the two sports because her brother Camden competes in both, but they were also a perfect fit for her personality.

“She has always been extremely competitive,” said her mother, Julie Howerton.

Her competitiveness was on full display in March during the NJ Girls State wrestling finals at Cure Insurance Arena in Trenton. Despite being paired with a larger and more experienced opponent, Rylee managed to fight off a pin until the final minute of the match, eventually capturing third place in her division.

Despite the strong showing, Julie said Rylee often has difficulty processing her emotions, particularly once a match is over.

“She used to really act up and cause a scene,” Julie said.

Julie said that, though Rylee still struggles with control, things have improved thanks to experience and the support of her coaches and teammates.

“We treat her delicately when necessary, but we also hold her accountable,” said one her coaches, Jeff Bordley. “We try to treat her the same as anyone else.”

Perhaps Rylee’s most notable accomplishments have been made in the world of preteen pageantry. In 2016, she won the National Miss Amazing Preteen pageant, a pageant specifically for young women and girls with disabilities. Rylee beat out contestants from 31 other states to capture the crown. Currently, she holds the title of 2019 International United Miss New Jersey Preteen. Most importantly, the pageants provide Rylee the opportunity to make public appearances and stress the importance of remembering to “Choose Wise Words.”

All these activities help her spread a message of inclusion and acceptance.

For Rylee and her family, the highlight of her recent wrestling meet wasn’t so much about the actual competition, but after her loss, when Rylee walked away from the mat, arm in arm with two supportive teammates.

“That’s what it’s all about,” Julie Howerton said.