When Victoria Veloz-Vicioso was 11 years old, her mother, a social worker in the Paterson, NJ, school district, would often talk to Victoria about the students she worked with. This is when Victoria first became familiar with the term “autism.” It’s also when her mother first introduced her to Autism New Jersey and the Ambassador Program.

“Since then, it’s become something I’m so passionate about. I have to speak about it if there’s an opportunity,” Victoria said. 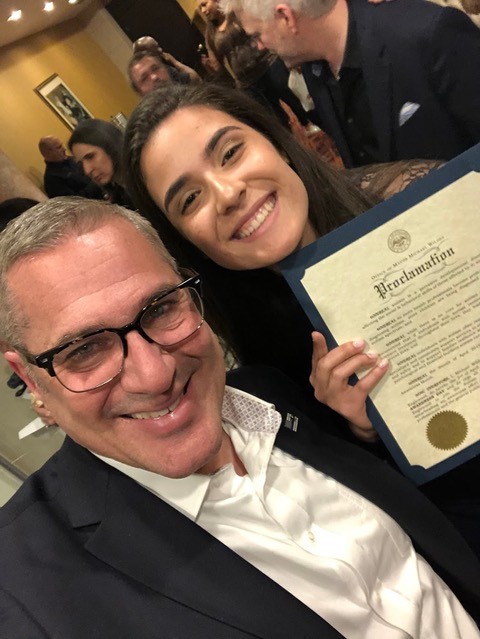 And speak she has. Not long after those conversations with her mother, Victoria became an Ambassador and began her mission to educate as many people as possible, even if they weren’t her peers. She soon found herself giving a presentation to seventh and eighth graders when she was still in fifth. Her speaking engagements took off from there, as she went on to address teachers, students at her church’s CCD program, and various other events in her hometown of Englewood.

“Honestly, I give credit to Autism New Jersey. I’m so passionate about (awareness), I just have to speak about it,” she said.

She fully realized the impact she was having on her peers when, last year as a senior at Immaculate Conception High School in Lodi, she decided to sell empanadas as part of an Autism New Jersey fundraiser. The empanadas promptly sold out in about a minute. No doubt the deliciousness of the empanadas had something to do with the brisk sales, but Victoria’s enthusiasm and consistent dedication over the years also played a role. 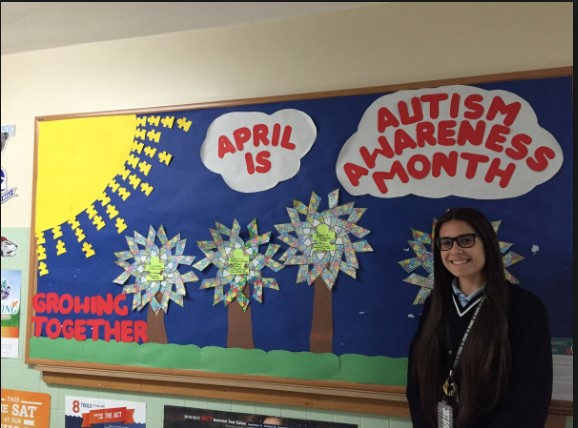 Perhaps the most impressive display of her dedication occurred when she traveled overseas for the first time in 2018. At various stops at famous landmarks in Germany and Italy, she created a video of herself taking photos of herself holding an autism awareness ribbon.

“This was my first time traveling internationally, so I asked myself ‘What can I do?’ I got a big response from it,” she said.

Victoria is currently a freshman at Mount St. Mary’s College in Newburgh, NY, where she hopes to have earned an M.B.A. in five years and is a high jumper on the track and field team. It’s a busy schedule, but before the coronavirus pandemic hit, she had planned once again to speak to students at her alma mater on April 23 for Autism Awareness Month. She also was going to show a new video to complement her presentation.

“I like to think I’ve left some kind of legacy there,” she said of her former school.

More than 600 registered Autism Awareness Ambassadors have gotten creative about adapting their plans for this year’s autism awareness month!  Learn more about our program and creative suggestions on our Ambassador Hub.