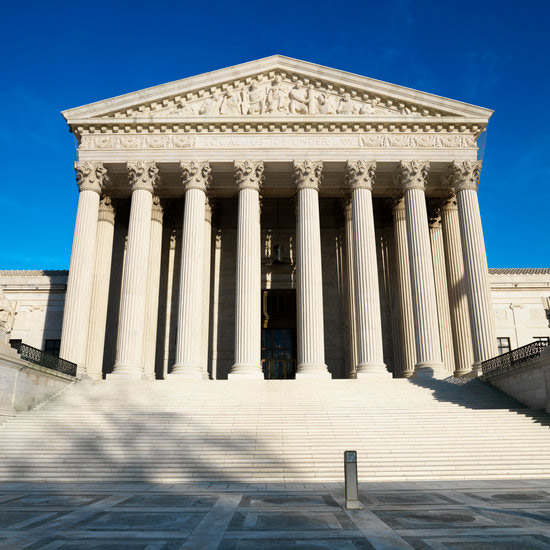 It has been just over a year since the special education case Endrew v. Douglas County School District was decided by the Supreme Court in favor of the petitioner, Endrew F. The decision marked a victory for families of students with disabilities, in that it established a significantly higher standard than previously established in its requirement for schools to provide a free, appropriate public education (FAPE) under the Individuals with Disabilities Education Act (IDEA). The benefit of the Supreme Court affirming a substantive standard will continue to be demonstrated as families bring new appeals to courts across the country. M.C. v. Antelope Valley Union High School District, decided by the Ninth Circuit Court of Appeals after Endrew, references its own decision in favor of the petitioner, M.C.

Endrew, a boy who was diagnosed with autism at age two, was attending school in Douglas County School District in Colorado from preschool through fourth grade. Although he had an IEP, his parents believed he was not making progress in his educational program. In addition to a history of challenging behaviors at school such as screaming, climbing over furniture and other students, and sometimes running away from school, his IEP was essentially unchanged from year to year with the same basic goals and objectives being repeated. His parents also believed that the school was failing to address the behavioral problems that were inhibiting his academic progress. Therefore, they rejected the fifth grade IEP offered by the district. They unilaterally enrolled him in a private school that specialized in educating children with autism, where he began making progress. The parents then went on to file a due process complaint for tuition reimbursement with the Colorado Department of Education, but the hearing officer ruled that because Endrew made “some academic progress” the district had met the FAPE requirements of IDEA.

Family Appeals to District Court, which Ruled in Favor of the School District

The Colorado DOE decision was followed by an appeal to the U.S. District Court, which agreed with the DOE hearing officer’s decision that the district had provided what the law requires (some educational benefit).

The 10th circuit court in Colorado applied its long-standing interpretation of the 1982 decision in Board of Education of the Hendrick Hudson School District v. Amy Rowley, the first special education case to come before the Supreme Court. In Rowley the Supreme Court held that schools had to provide an education that was reasonably calculated to provide some educational benefit, but that school districts were not required to maximize a child’s potential. In addition, it did not provide any specific guidelines for what constitutes an educational benefit.

In the years since, lower courts across the country have relied on Rowley when deciding cases, with widely different interpretations of what “some educational benefit” looks like when educating students with disabilities. This had led to inconsistent determinations of what constitutes a FAPE.

In the case of Endrew, the 10th circuit ruled that Endrew’s IEP provided a FAPE because it conferred an “educational benefit [that was] merely … more than de minimus.”

While Rowley declined to articulate an overarching standard to evaluate the adequacy of the education provided under the Act, the decision and the statutory language point to a general approach: to meet its substantive obligation under the IDEA, a school must offer an IEP reasonable calculated to enable a child to make progress appropriate in light of the child’s circumstances.

Further, it goes on to say:

The IEP must enable the child to make progress. After all, the essential function of an IEP is to set out a plan for pursuing academic and functional advancement…. This reflects the broad purpose of the IDEA, an “ambitious” piece of legislation enacted “in response to Congress’ perception that a majority of handicapped children in the United States ‘were either totally excluded from schools or [were] sitting idly in regular classrooms awaiting the time when they were old enough to “drop out.” A substantive standard not focused on student progress would do little to remedy the pervasive and tragic academic stagnation that prompted Congress to act.

The Supreme Court emphasized that the required components of an IEP are not meant to simply be procedural in nature, or a checklist of items.

The Court also pointed out differences between the circumstances of Endrew F. and the student in the Rowley case. At that time, Amy Rowley was a student being educated in the general education classroom. Although she was deaf and relied on lip-reading, she was performing above many students at her grade level, and advancing from grade to grade. The case was brought by her parents, who argued that she needed a sign language interpreter in the classroom. Even though the court agreed that she would potentially perform better with the sign language interpreter, it ruled that because she was on grade level and advancing, the interpreter was not needed to ensure a FAPE. The court determined that the school was not required to provide services to maximize the potential of a student who was otherwise progressing satisfactorily in the general education classroom.

However, Endrew was not a student performing at grade level in the regular classroom. His IEP remained relatively unchanged from year to year, and he continued to make very minimal progress toward the same goals and objectives.

In describing its rejection of a “merely more than de minimus“ educational standard, the Supreme Court pointed out that students who are not fully integrated into the general education classroom should still have “the chance to meet challenging objectives”:

Rowley had no need to provide concrete guidance with respect to a child who is not fully integrated in the regular classroom and not able to achieve on grade level. That case concerned a young girl who was progressing smoothly through the regular curriculum. If that is not a reasonable prospect for a child, his IEP need not aim for grade level advancement. But his educational program must be appropriately ambitious in light of his circumstances, just as advancement from grade to grade is appropriately ambitious for most children in the regular classroom. The goals may differ, but every child should have the chance to meet challenging objectives. Of course this describes a general standard, not a formula. But whatever else can be said about it, this standard is markedly more demanding than the “merely more than de minimis” test applied by the Tenth Circuit. It cannot be the case that the Act typically aims for grade level advancement for children with disabilities who can be educated in the regular classroom, but is satisfied with barely more than de minimis progress for those who cannot.

What the Decision Means for Families of Students with Disabilities

While the decision still means that a FAPE is still determined on a case-by-case basis, it means that families of students with disabilities can now rely on a more demanding standard when advocating for their child. The Supreme Court established that providing an education that provides a “merely more than de mimimus” educational benefit does not align with the intent of the IDEA.

The decision provides the basis for families to expect more from their child’s educational program, and to hold districts accountable to demonstrate that students are making meaningful progress academically and functionally. Even when it is determined that advancing from grade to grade while participating in the general education curriculum is not the goal of IEP, students still have the right to an ambitious educational program with challenging objectives. The Court made it clear that “to meet its substantive obligation under the IDEA, a school must offer an IEP reasonably calculated to enable a child to make progress appropriate in light of the child’s circumstances.”