News » Meet Our 2019 Ambassador of the Week 1: Viktoria Wargo

Meet Our 2019 Ambassador of the Week 1: Viktoria Wargo 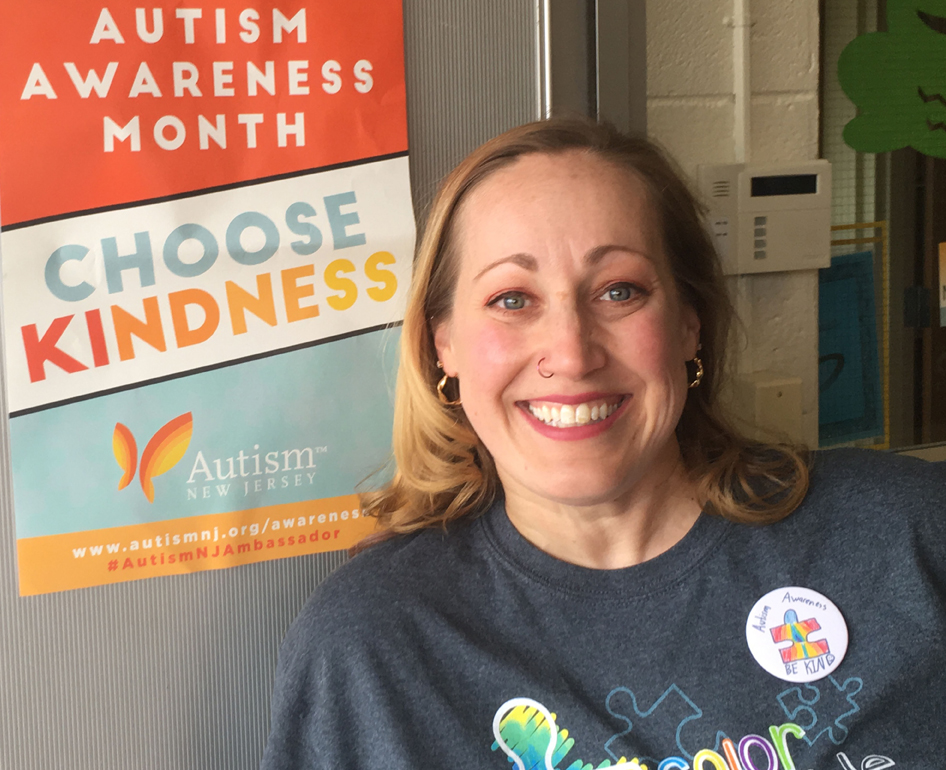 Since Viktoria Wargo was named the Somerset County 2018-19 Teacher of Year, she’s often asked about teaching strategies, lesson plans, or how to manage a vast array of other challenges that special-education students present. Her response, however, often has less to do with her students and more to do with the students’ parents and the entire school community. She can’t imagine approaching her job any other way. 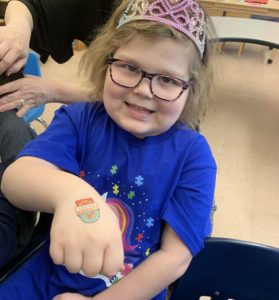 This relationship was abundantly clear during an Autism Awareness event at Triangle Elementary in Hillsborough on April 2, World Autism Awareness Day. The longtime Autism New Jersey Ambassador demonstrated the enthusiasm and energy for which she is known during a presentation to community members and representatives from the New Jersey Department of Education, including Commissioner Lamont Repollet.

Wargo engaged audience members with questions about what they had just observed in several special-education classrooms before explaining several strategies she uses to reinforce good behavior. Her enthusiasm then carried over outside for a Walk for Autism Awareness, in which all students participated while holding signs encouraging awareness. The event was capped by a Drop Everything and Dance for Autism Awareness, in which teachers and students alike showed off their moves. It was obvious the event was one of the highlights of the year for the entire school.

Wargo, who has been teaching at Triangle for 12 years, was introduced to autism in college while working part time at a daycare facility with a young boy on the spectrum who had speech delays. She eventually was able to help him learn to say his name.

“It was the greatest connection, and I knew I had to stay in the world of autism,” said Wargo, whose previous experience with autism was just “a chapter in a book” in one of her college classes.

After graduation she went on to work for Eden in a variety of capacities, before earning her master’s degree and beginning to teach at Triangle, whose ABA-based program was modeled after Eden. 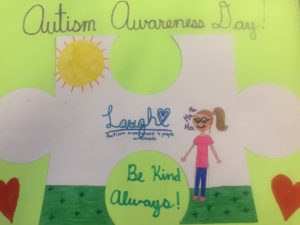 Wargo admits being named her county’s Teacher of the Year was every exciting for her, but she also appreciates the elevated platform it has given her as an advocate. She has a dedicated following on Twitter, where she posts inspiring messages and photos from her classroom, as well as other education-related themes. She also hopes the recognition she has received may motivate more talented students to become teachers.

As the school year winds down and her reign as Teacher of the Year ends, Wargo continues to stress the need for consistent support for families, including siblings of special-needs children, who she believes are burdened with added responsibilities that aren’t always understood. She also believes that schools in general can do even more for families, who Wargo thinks are forced to deal with more pressure than ever before.

Wargo is particularly concerned with the needs of her students’ parents. She says it’s crucial for parents to have the emotional support they need but often lack.

“I want families to have relationships and to have friends,” Wargo said.

Wargo encourages her parents to interact with each other as much possible, and at least once a year holds a parents’ panel, where parents can discuss their experiences and get to know each other better. She also helps organize a parents’ group at a local church, so parents can come together, have coffee, and talk.

Her experiences with parents also inspired her to put together a 90-minute documentary in 2012 called “Touched by Autism,” which consists of a series of interviews with educators, students, and parents in the Hillsborough School District. The connection between Wargo and the parents she interviews is authentic, and any parent of a special-needs child can relate to the challenges discussed and the different methods in which they are dealt with.

“Family dynamics has changed so much, with both parents working and everyone being so busy. Schools can help consistently give parents the tools they need,” she said.

The Ambassador Program has a significant impact on increasing the understanding and acceptance of autism in New Jersey.

Ambassadors of all ages engage their communities by creating informational displays and presentations in their schools and workplaces, organizing successful fundraising events, and enlisting the support of legislators and state officials throughout April, National Autism Awareness Month. 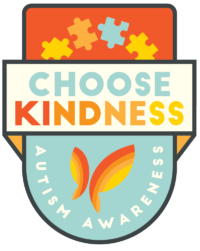 As part of our Autism Ambassador Program we are highlighting ambassadors who have gone above and beyond simply raising awareness. These individuals are dedicated to creating communities that embrace individuals with autism and their families. We thank them for CHOOSING KINDNESS!