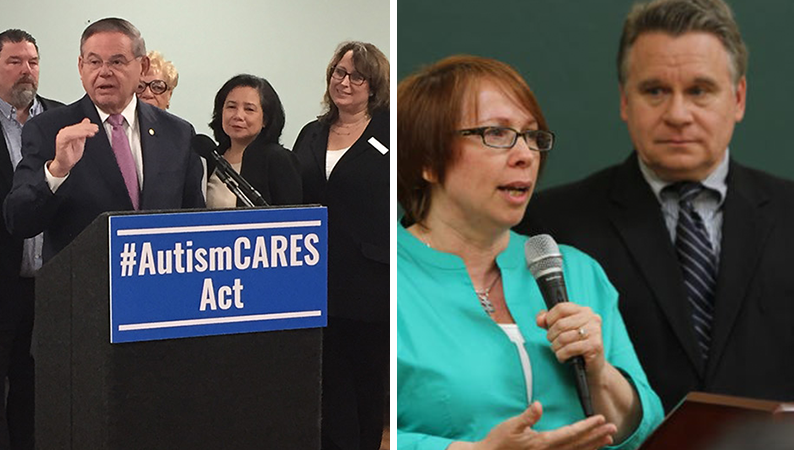 The Autism CARES Act, a continuation of the federal government’s response to the needs of the autism community, was signed into law last month by President Donald Trump. The law allocates $1.8 billion in funding over the next five years to help people with autism spectrum disorder and their families. The law will be especially helpful to adults with autism, said U.S. Rep. Chris Smith (R-NJ), one of the bill’s sponsors.

“Every year 50,000 young people who become adults are on the spectrum, and they’re going to need jobs, education, housing,” Smith said. “We’re going to try to make sure nobody is left behind,” Smith said.

The majority of funding will go toward research, support programs, and grants for rural and underserved areas.

We asked Rep. Smith’s office for a breakdown of the budget allocations:

Virtually all of the $296 million allocated to the National Institutes of Health (NIH) will go toward research, minus $1.8 million that goes to the Interagency Autism Coordinating Committee. The Health Resources and Services Administration (HRSA)’s Maternal and Child Health Bureau will receive $50 million that will go primarily to services. The CDC’s $23.1 million will be used for a combination of research, public health awareness, and collaboration.

Other highlights of the law include:

“The signing of this important legislation into law ensures the federal government will continue to fund and drive critical research into what causes autism spectrum disorder and the development of innovative treatment and supports to help individuals with ASD reach their full, God-given potential,” said U.S. Sen. Bob Menendez (D-NJ), co-author of the bill.