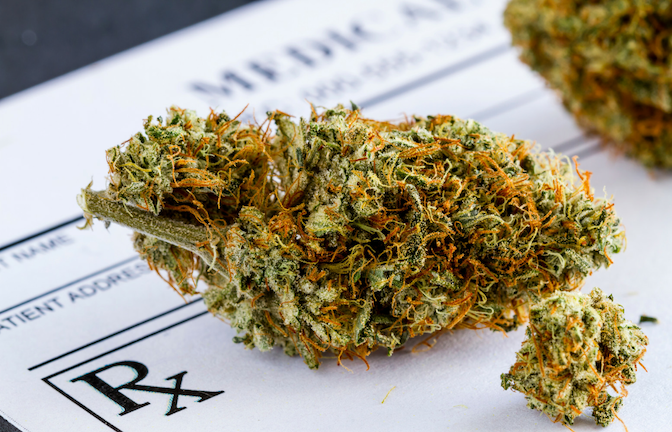 As marijuana (or cannabis) continues to gain mainstream acceptance to treat various medical conditions, there has been an increase in both interest in and use of medical marijuana to treat the symptoms of autism.

While people with autism in New Jersey may take medical marijuana to treat other conditions (such as seizures/epilepsy), autism alone is not currently an approved medical condition under the state’s Medicinal Marijuana Program because benefit has not been scientifically demonstrated. Several other states are on a growing list of those that do authorize medical marijuana for autism treatment.

Under New Jersey’s program, marijuana is approved to treat a variety of  other physical and mental health conditions, including chronic pain related to musculoskeletal disorders, Tourette’s Syndrome, migraine, anxiety, opioid-use disorder, and inflammatory bowel disease. It is also approved for conditions such as seizure disorder and PTSD when a person’s condition is resistant to or they are intolerant of conventional treatment.

Marijuana is used for medical and recreational purposes for the effects of cannabinoids, chemical compounds within the plant that produce the effects associated with marijuana. There are more than 100 cannabinoids, the most prevalent being Tetrahydrocannabinol (THC) and Cannabidiol (CBD). THC is psychoactive and is known as the chemical within marijuana that creates a “high.” CBD is non-psychoactive but produces other effects within the body.

Increasing Interest in Cannabis as Treatment for Autism

Interest in cannabis as a treatment for autism came about in part following research studies in Israel of the effectiveness of CBD for the treatment of epilepsy.  Although the evidence has been only anecdotal, parents whose children were being treated with CBD with an additional diagnosis of autism reported seeing improvements in their children’s behavior.  Empirical studies are needed to establish a clear connection between CBD and behavior changes.

Several Israeli researchers conducted a follow-up study to further evaluate cannabis treatment for the symptoms of autism. A report describing the study’s results was published in January 2019 in the online journal, Scientific Reports.  Among the symptoms that medical marijuana is purported to improve are seizures, tics, “rage attacks,” and restlessness. However, the researchers cautioned that the study could not definitely show that cannabis treatment led to improvement of symptoms, and stated: “While this study suggests that cannabis treatment is safe and can improve ASD symptoms and improve ASD patient’s quality of life, we believe that double-blind placebo-controlled trials are crucial for a better understanding of the cannabis effect on ASD patients.”

While Israel has been leading the research, a controlled study is currently underway in the United States. A clinical trial under the direction of Dr. Eric Hollander at Montefiore Medical Center in New York began in April 2019, and is expected to be completed in September 2021. The study, Cannabidivarin (CBDV) vs. Placebo in Children with Autism Spectrum Disorder (ASD), is funded by the U.S. Department of Defense and is the first clinical trial of its kind in the United States.

A 2018 Newsweek article exploring the research in Israel and describing some families’ experiences summarizes the scope and intent of Hollander’s study:

“Hollander’s patients are receiving a treatment that contains neither THC [a psychoactive component of some strains of marijuana that produces a “high”] nor CBD. They will receive pure cannabidivarin, or CBDV, a cannabinoid derived from the cannabis plant that is very similar in chemical makeup to CBD. It also has a similar track record to CBD in terms of medical application. In studies among patients with epilepsy, CBDV has also been effective in reducing seizures.

The U.S. Department of Defense is funding Hollander’s study. After realizing that military families with autistic children struggle with relocation and placement in remote locations, the department began an active program on autism research. A cannabis grower based in London is providing the drug, administered in capsule form. The goal of his study is to see if CBDV alone can combat the core symptoms of autism.”

The results of the U.S. study are still pending and research has yet to establish effectiveness for autism.  We recommend those considering medical marijuana to proceed with caution.

As with other treatments that need additional research, Autism New Jersey encourages families to consult with their son or daughter’s treating physician to discuss the potential benefits and risks.

For medical professionals and others, we suggest reviewing the American Academy of Pediatrics’ article: Ethical Implications for Providers Regarding Cannabis Use in Children With Autism Spectrum Disorders.

Cannabis: A plant that contains two species, hemp and marijuana.

Cannabinoids: Chemicals contained in cannabis. There are more than 100, including two used as key ingredients for medical or therapeutic purposes, CBD and THC.

Cannabidiol (CBD) is “non-psychoactive.” It does not alter mood, awareness or behavior.

THC is “psychoactive” and produces the “high” people feel when they smoke marijuana or eat foods containing it.