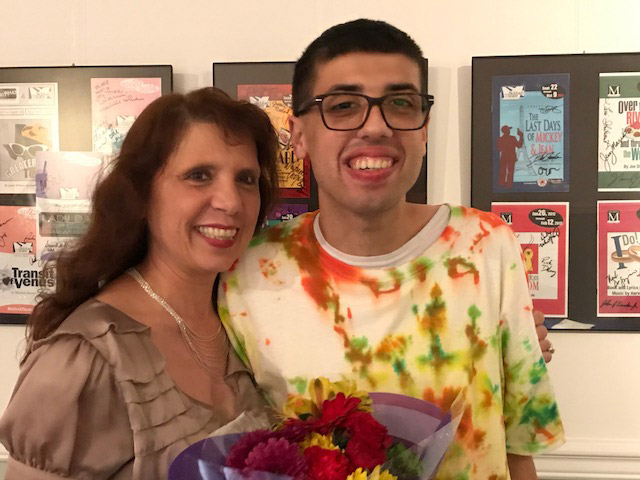 Deb Behar and her family have been through some tough times. After her son Christopher’s challenging behaviors became increasingly difficult to deal with, the Behars made the agonizing decision to place him in a residential facility in another state. The situation turned tragic when Christopher suffered a serious eye injury at the facility and the family — after dealing with various bureaucratic obstacles — brought him home and found the medical attention he needed.  (Download Christopher’s story here.)

Christopher’s experience was an all-too-common example of the lack of adequate placements for children with autism who exhibit dangerous behavior. But the Behars also have dealt with a different set of issues regarding their other son, Justin, who at 20 is two years older than Christopher and is also on the autism spectrum. 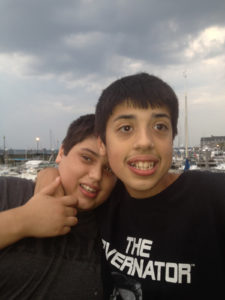 Via their sons’ experiences, the Behars offer a good illustration of how varied the spectrum of autism can be and how raising awareness about autism in your community can make a real difference.

In many ways, Justin is thriving. He has a variety of interests such as tennis and yoga, and he also holds down part-time jobs at Goodwill and Walgreens. He has even participated in several plays at his school, Spectrum 360 in Livingston.

But this kind of acceptance wasn’t always a part of Justin’s life. Mainstreaming was much less prevalent in the Behars’ community 10 years ago, and as far as school and social activities went, “it was a one-size-fits-all,” Deb said. She soon realized that she was going to have to take the initiative to introduce the boys to the community, and slowly but steadily work toward awareness.

“Going places with the boys has been very challenging. I want to educate the world in what autism really looks like,” she said.

One of the most positive forms of acceptance Deb found for Justin has been the local Boy Scout Troop 351 in Basking Ridge. Acting off a suggestion from one of Justin’s behavior analysts, Deb found a group that has been extremely receptive from the beginning. Justin has dutifully worked on a variety of merit badges and currently holds the rank of Star Scout. 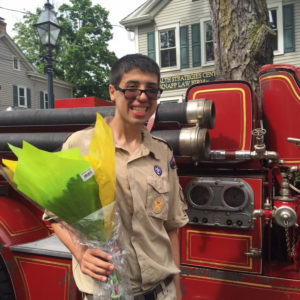 “We have worked together with Deb to find merit badges that Justin can achieve. He is very detailed when completing and reviewing the merit badge worksheets,” noted Scoutmaster Tim Ingling, going on to say that Justin is never shy about participating during the meetings.

“The Scouts have been so kind. They are a best-kept secret,” Deb said, adding that the Scout meeting is one of the highlights of Justin’s week.

When Justin isn’t busy with one of his many activities, he’s trying to be a good big brother to Christopher. Justin is very protective whenever the family is on one of its outings, vigilantly watching over Christopher and ensuring his safety. He also may perform duties such as get juice for his brother as part of a de-escalation technique or assist him with his nighttime routine.

But more than anything, Justin just likes spending time with Christopher, whether it’s watching TV or playing on an iPad.

Despite all the Behars’ progress over the years, obstacles remain. Deb worries about Justin’s turning 21, when she’s afraid he will lose the assistance he currently receives as well as the structure of his daily routine. She also is still struggling to find appropriate school placement for Christopher. Currently they are renting a room in a school and providing their own teaching staff.

For now, however, the Behars will continue to work toward the general goals of winning acceptance and educating their community, all the while knowing they have each other to rely on, as well as Autism New Jersey.
“All through the boys’ journey, Autism New Jersey has always been there for us as an advocate and a friend. We could not have been able to be as successful without this amazing group of people.”

About the Behar Family

Deb Behar recounted their son Christopher’s ordeal in a year-end appeal letter and how Autism New Jersey assisted the family. Via their sons’ experiences, the Behars offer a good illustration of how varied the spectrum of autism can be and how raising awareness about autism in your community can make a real difference. Please consider supporting Autism New Jersey’s efforts to help families like the Behars and help raise awareness and acceptance in the community.