At its December 2020 meeting, the Autism New Jersey Board of Trustees elected a new slate of officers, welcomed new members, and expressed gratitude for retiring members. 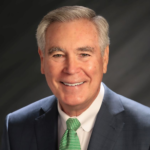 Our newly elected president, Tom Curtin, is a partner at McElroy, Deutsch, Mulvaney & Carpenter, LLP and has served in leadership roles with the American Bar Association and New Jersey Bar Association during his esteemed career. He currently chairs the Lawyers Advisory Committee of the United States District Court for the District of New Jersey. He has also served on the board of Legal Services of New Jersey, the Notre Dame Law Association, and the New Jersey Supreme Court Historical Advisory Board. In addition to his accomplished legal career as a litigator, Tom is proud grandfather to his 8- year-old grandson, Tommy, who has autism.

As President, Tom replaces Kelly Milazzo, who with her husband Bob, created the Greenwich Autism Alliance Foundation, which supports dozens of autism education endeavors throughout the state, topping $1 million in charitable giving since its inception in 2007. Kelly will remain on our executive committee as Immediate Past President after ending her tenure with substantial accomplishments at the helm. We thank her for her extraordinary service, steady guidance and positive outlook, especially during this last challenging year.

In addition to our new officers, we welcomed the following new members, joining our board for a three-year term:

James Paone – Jim is chair of the Business Law and Litigation Department and Managing Principal of Davison, Eastman, Munoz, Paone, P.A. He is an experienced litigator with extensive state and federal court experience and has been designated by the New Jersey Supreme Court as a Certified Civil Trial Attorney. Father to a now 20-year-old son with autism, we are excited to have Jim rejoin the board during this critical time for the agency and the world at large. Having served as Board President from 2011 -2013, Jim’s deep commitment to and knowledge of the agency and the community will serve both well in these unprecedented times. 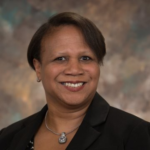 Kristie Sells – We welcome Kristie to our board and look forward to benefiting from her strategic planning, organizational development, consulting and project management skills and expertise to strengthening the agency’s position in these unprecedented times. Currently Chief of Staff to the Enterprise Business and Technology Services Team at Guardian Life, Kristie is also guardian to her niece with autism. We look forward to her fresh perspective and guidance.

Lastly, we said goodbye to Steve Goodyear and Neil Hudes who joined the board in 2015 and 2016, respectively, both having served as officers. During Steve’s tenure as President and Neil’s as Treasurer, they offered steady leadership, sage counsel, and a deep commitment to Autism New Jersey and our mission. Recruited for a board position after serving years on our legendary golf committee, we know both are looking forward to more golf in their free time. We thank them for their service and look forward to seeking their advice for years to come.